I’m not making a New Year’s resolution.  I’m not. I’m not. I’m NOT.  They don’t work.  You can’t fundamentally change who you are as a person by putting a new calendar on the wall.  But…I do think you can put better habits in place if you sneak them in slowly.

Hubby and I used to keep a crazy messy house.  Any time we wanted to have people over, we’d engage cleaning frenzy-mode.  So stressful!  However, over a long period of time, we’ve learned to pick up after ourselves  We’ve learned that it’s easier to clean up the little messes that happen over the course of the day, rather than let everything pile up.  We’re still FAR from perfect.  And that’s okay.  The important thing is we were able to invite family to our home on Thanksgiving with a nominal amount of cleaning AND we were able to maintain out home through Christmas without going into freenzy-mode at all.

This year, I would like to build on this better habit.  I started Apartment Therapy’s challenge:

Is this an attainable challenge?  I think it is. It’s similar to what I’m already doing…with a handy chart!  Instead of binge-cleaning, it’s about cleaning a little each day.  The good news is, I already know that this technique works.  The bad news is, if you’re fundamentally a messy person, you’re going to set your little timer for 10 minutes, or fifteen minutes, or whatever, do a little cleaning, and still feel like you didn’t get enough accomplished.  It doesn’t matter that 10 minutes of cleaning are MUCH better than zero minutes of cleaning.  That angry voice in your head will follow you around saying, “Not good enough!” Shutting out that voice is FAR more difficult than a little cleaning.  Been there.  I know.  The thing is if you don’t start out with teeny-tiny changes, you’ll slip right back into your old habits.  You have to sneak them in or they won’t stick.  Yesterday, I picked up a little in the living room and kitchen.  Today, I do a quick wipe down in the bathrooms.  Small steps.  Baby steps.  Micro-steps.

6 thoughts on “Adulting in the New Year” 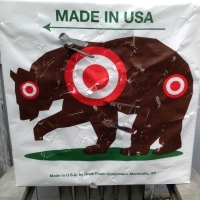