Wow!  It’s been busy around here!  Last week, it felt like I had a month’s worth of work related drama in only a matter of days.  Crazy stuff!!!  I’ve never been bored at work, not ever, but last week took things to the extreme.  I’m convinced that we are NOT allowed to have a holiday weekend (Memorial Day Weekend) at the same time as the full moon.  No! No! NO!!!  When you end your week with a phone conversation with your boss, in a FIT of the I’m-about-to-lose-my mind-giggles, and say, “And that’s when the cops showed up!” you KNOW it’s time for a vacation.  Yikes!!!  (BTW Everyone’s fine!  Nothing scary.  The police department near my work are AWESOME quick when you need them, easily under three minutes.  YAY!!!)

So…yeah, I REALLY needed this past weekend off.  It was great!  I had a four day, mini-vacation.  Hung out with my hubby and kiddo, we had soooo much fun.  It looked like it was going to rain all weekend, but we live in Michigan.  If you stayed indoors every time the sky looked cloudy, you’d hardly go anywhere or do anything!  Pftttttt!!!  The weather is ONLY predictable in the fact that you can NEVER predict it.  Three seasons in one day?  Sure!  That’s Michigan.

We went to Kite Fest out in Lyon Township and Ya’ssoo Greek Fest out in Ann Arbor on Saturday.  Busy day, but really fun.  I can’t remember when I last flew a kite.  Reminded me of when I was a kid.  My dad taught me how to fly a kite.  We used to buy them from the discount store, but half the fun was tinkering with the silly things to get them to fly better.  Sometimes you needed to add a longer tail, or change the way the kite was tied…  I didn’t understand that when I was really little.  Now, of course, I do.  I’m not sure when the flip takes place inside your brain, when you stop thinking of kites as toys, and start looking at them from an engineering perspective, but my kiddo is ALMOST there.  By next year, he’ll probably be ready to make his own modifications.  🙂

The Ya’ssoo Greek Festival was surprising!  Very educational.  I’ve been to church fairs before, but I’d never been to a Greek Orthodox Church.  All I can say is the folks at St. Nicholas Greek Orthodox Church in Ann Arbor were amazing!  Rarely have I met sooo many warm and friendly people in one place!  And…the church grounds were packed!!!  Wow!!!  They had tours of the church, Greek music, Greek food, Greek dancers, crafts for the kids… We had a REALLY nice time.  We’re putting this one on the calendar for next year!

I have a weird fascination with religion.  I enjoy learning about WHY people believe the way they do.  I enjoy diversity.  I’m fortunate to live in an area where I can indulge this part of myself, where I can learn about other cultures, first hand.  Michigan seems to attract people of ALL ethnicities to itself.  I don’t think there are many states that have what we have.  We’re NOT perfect.  We’ve have our own unique set of problems, but this is something we seem to have gotten right!  In Michigan, you can have a Mosque, a Jewish Synagogue, and a Catholic Church all on the same street, or maybe even across the street from one another…and nobody cares.  We don’t even think anything of it unless someone who isn’t from around here brings it up.  It’s just NOT a big deal!  In fact, there’s an Episcopal Church/Jewish Synagogue near me that shares the SAME building.  It’s called Genesis of Ann Arbor.  Here’s the link to a great article about these coexisting faiths:  http://www.annarbor.com/faith/the-freedom-of-interfaith-understanding-straightjacket-of-religious-indifference/

When I was a kid, we attended a very plain looking church.  Not a lot of decorations of any kind.  White walls.  No artwork.  Maybe a banner hung up at Christmas or Easter.  I’m sure that’s why I’m abnormally fascinated by the paintings and statuary of other faiths now that I’m an adult.  But until Saturday, I’d never heard of the word “Iconography.”

Roughly translated, iconography is writing through images.  When I toured St. Nicholas Greek Orthodox Church in Ann Arbor, they explained why they use iconography.  I never thought about it before, but during our tour, the guide explained that until recently, most people couldn’t read.  The church used pictures, icons, to explain various stories.  Everything depicted in an icon is there for a reason.  Nothing is by chance.  And, in general, icons are often depicted slightly abstract.  You’re not supposed to look at an icon of Mary, for instance and think of it as a portrait of Mary.  I learned that you’re supposed to be able to look at an icon, pick apart the symbolism, and see the soul of the person being depicted.  Isn’t that fascinating?  It’s like a puzzle of sorts.  EVERYTHING has meaning.

From what I understand, St. Nicholas Greek Orthodox Church used to be in the downtown area of Ann Arbor, but the parishioners outgrew their building.  They’ve only been in their new building for about ten years.  You can read about the history on their web site.  Here’s the link: http://www.stnickaa.org/Parish%20History/parishhistory.htm

They’ve only just begun the process of putting iconography on the walls of the church’s sanctuary.  By autumn of this year, the church is hoping to have Phase I completed.  One day, they hope to to have every inch of wall in the sanctuary covered in icons.  It should be interesting to see what the church looks like at this time next year. 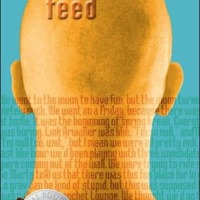