It’s been a stress-filled day.  In fact, I’m so upset, I was close to tears.  I received a letter in the mail.   It seems I have a telephone hearing next week regarding the unemployment benefits I received a year ago.  That’s right.  A YEAR ago.  Who knew judges were conference calling eligibility cases?  It seems surreal, like something plucked from a dystopian novel. My former employer, my advocate/lawyer, the judge, and myself will all be on this same conference call.  Maybe this happens all the time?  Maybe conference hearings are quite common?  I’ve never heard of this before, but that means nothing.

In the meantime…I’m sick with worry.  I’m rehashing EVERYTHING that went on leading up to my release from my former company, a company I’d worked at for 15 years.  I will fret over every scrap of paperwork I saved from that time, making sure it’s ready and at my fingertips.  I will second-guess every box I checked on last year’s paperwork when I filled out my unemployment forms for the first time in my life.  But worse of all, I will be battling my demons from last year.  They’ve already begun to whisper in my ear telling me, “See? You weren’t enough.  Not good enough.  Not special enough.  If you were enough, perhaps your boss would have tried harder to find another position for you to work within the company.”

In my head, I know “being enough” had nothing to do with my release.  When my former employer closed my store, there too many “chiefs” leftover.  Some of us had to go.  In fact, my former boss frequently used the phrase, “It’s not personal;.  It’s business.”  But…it still hurts, like breaking up with a friend.  In many ways, it feels a  lot like I got dumped. Fifteen years is a long time.  My former job was a relationship of sorts.  After all, that’s where I spent a great deal of my time.  Working! Working! WORKING!  Even still, my former employer may have initiated the “divorce,” but I thought we parted on good terms.  I thought I was okay with the changes that happened to me as a result of my employer’s decision.  I’ve moved on.  They’ve moved on.  There’s nothing left to say.

Except now I have a court hearing—sorry, a conference call hearing.  And while I know I will bounce back from this strong, today I feel broken.  I’m cookie crumbs left scattered across the kitchen floor.  I’m sad.  Angry.  Hurt.  I want to put this chapter of my life behind me.  I don’t want to go back to where I was before.  I don’t want to feel the negativity burning inside me again.  I don’t want to feel used up and broken.  I gave away fifteen years of my life in exchange for a paycheck.  Fifteen years where I put my job ahead of my family.  No one twisted my arm.  No one forced me to work.  But that’s the truth of it.  And now it’s over…but it’s not over.  I’m ensnared in the past when I should be embracing my future. 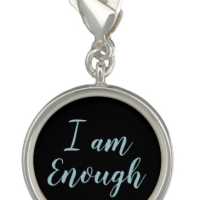 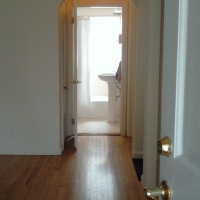