I did some writing last night, nothing exciting, but I did feel inspired to write again.  It’s been a while.

I blame my new weird fascination/goal.  I’ve been trying to improve my mind by learning something different.  I wanted to learn about something I previously knew nothing about, something that would be “new to me.”

Last night, I tried to watch Lectures 3 and 4 of the Permaculture Series I’ve been studying, hosted by NC State University.  Maybe my Internet connection was slow.  Maybe that site was just REALLY popular on a Tuesday night.  Really?  I mean…umm…sure, really!  Why not?  Who knows?  Regardless, the lectures kept cutting out on me about 20 minutes before they were supposed to end.  I’d have to go back, reload the page, wait, then try to find the spot I left off at.  What a pain!  But…you get what you pay for, I suppose.  In this case, FREE.

Anyway, between learning about Garden Ecology in Lecture 3 and 610 Kirby Street in Lecture 4, I had a LOT of down time waiting for stuff to load up, so…I wrote.

BTW, Professor Will Hooker, the Permaculture teacher at NC State University, has an interesting website where he uses his own house as a model:  http://610kirby-permaculture.org  There are videos on his site that explain what Permaculture is, and how to put it into practice.

I also started thinking about “stuff.”  As a person who plays at writing, I read a LOT of blogs written by other writers.  Some of these authors use pen names.  Most of them walk a tightrope.  They want to be available to their readers, but there seems to be a fear that goes along with this as well, a fear that their readers will suddenly show up on the author’s doorstep.  To do what, I’m not sure, but that seems to be a genuine concern among a majority of them.  Heck!  A few of them seem to be terrified by this notion!!!

In contrast, I think it’s fascinating that Dr. Hooker ENCOURAGES people to check out his home, and even lists the street address as the name of his website!  I’m sure there are authors who would like to argue that there are “crazies” in the universe, people who might be upset with something that’s been written, hence the need for anonymity.  This might be true.  But one could use the same argument for Dr Hooker, maybe even more so.  I don’t know.  Maybe he’s foolish to be so open, but I also think he’s VERY brave.  It takes GUTS to say “Hey!  Look at what I’m doing!!!”  I like people with “guts.”  🙂

I don’t know.  Two weeks ago, I’d never heard of the word “Permaculture.”  Two weeks ago, I just wanted to get out of this writing slump I’ve been in.  Saving the world wasn’t exactly on my “to do” list.  😉 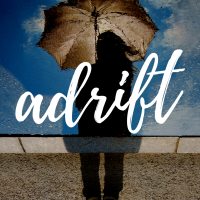 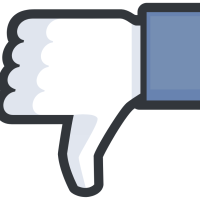